Inventory can take very little time to manage when you do it properly. However, it takes some set up. In this chapter we’ll cover exactly what you should do to make inventory control a breeze. 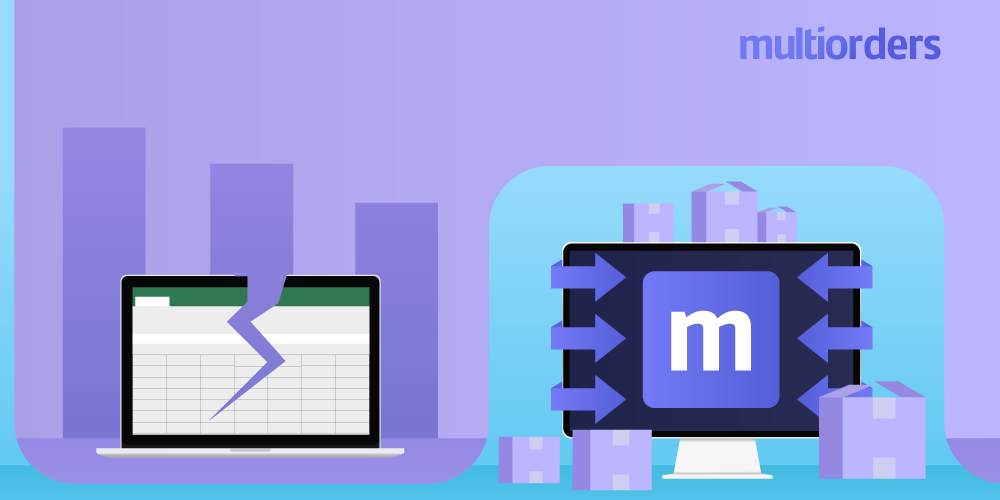 First things first, you’ll most likely have to change the way you control inventory, not just add to it. We naturally resist change. Yet, it’s quite often for the better. Most likely, you’re using Excel or pen and paper methods to organize your business. However, that is no longer a viable method.

Excel and similar self-made inventory management methods were alright way back when ecommerce was much less developed. Back then customers did not demand 2-3 workday deliveries, free shipping and things of that nature. There was less stress on you. There was also less competition to rival with. That means less research, price tinkering and report analysis. Simply put, the market was still young.

In contrast, nowadays customers expect quick deliveries, cheap or free shipping. In other words, customer expectations grew, because sellers made promises to beat competition. This is a completely different market than it used to be – you have to be quick, decisive and efficient. Yet, you insist on using the same tools that were barely good enough for the early days of ecommerce.

We’re not talking about introducing FIFO, ABC inventory management strategies or adding SKU codes, but something that will do much more. Even though those things do, indeed, work. However, they’re not impactful enough to be considered a standalone change.

Instead, let’s talk about online inventory control system. Emphasis on “online”. Unlike traditional, offline software, it can integrate with many of your business accounts. Those include sales channels (like Amazon, eBay, Shopify), shipping carriers (UPS, DPD, FedEx, etc.) and many more. This doesn’t just mean you can manage your entire inventory from a single dashboard. It also means that the software can automate a much wider variety of tasks for you. Because you’re no longer an intermediary between the software and the platform. Instead, they communicate directly. This means immediate cross-channel stock level and price updates, pre-filled purchase orders, invoices and many other automated features.